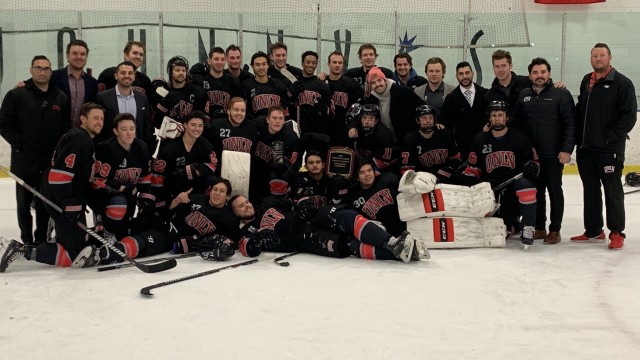 Who: Eighth ranked UNLV finds themselves in the Windy City this weekend as they play in the 2nd Annual Chicago Classic, hosted by the University of Illinois, for the second straight season.

What: Saturday’s match up in the Chicago Classic has UNLV taking on the University of Davenport. UNLV is coming off a six game home stand in which they won all six games to improve to 8-0 at home. Last weekend, they dominated Midland University with 7-2 and 8-1 wins respectively. UNLV is 2-1 on the road, with their only loss coming back on September 20th in Tempe, Arizona to ASU.

Davenport University goes into Saturday’s match up with UNLV ranked #12.  They are coming off a 3-1 win at home over University of Delaware last Sunday. Davenport have only played five games so far this season and are 3-2, while UNLV has played 12 games and are 11-1.  This will be the first ever meeting between UNLV and Davenport.

They will face the University of Illinois, the home team in this showcase. Illinois is ranked just behind UNLV at #9 and are 4-2-1. They are coming off a pair of losses to the #2 team in the rankings however, losing to Lindenwood last weekend.  Minot State knocked out Illinois in the ACHA tournament last season en route to the championship title.

Where: Fifth Third Arena, the practice facility of the NHL’s Chicago Blackhawks…located just blocks from the United Center, where the Blackhawks play their home games.

Why (Rebels are defending tournament champs):

In last season’s showcase, the Rebels first faced Alabama and defeated them 3-2. Former Rebels players Joe Kaszupski and Cody Williams were big factors in that game. Current Rebels player Tristan Mayer was also a big factor in that game with a goal and an assist. They would play Illinois in the championship match up the next day and played probably their best game of the season to beat them 5-1.  Current Rebels players Paxton Malone, Jared Turcotte and D’Andre John all contributed a goal in that game. So, UNLV will want to look to those players again as well as Toriumi, who has been on fire lately if they want to come away with another trophy from Chicago. UNLV will be without Turcotte for the first game however due to a suspension from his actions in last weekend’s game.

How (keys to beating Davenport and having success in Chicago):